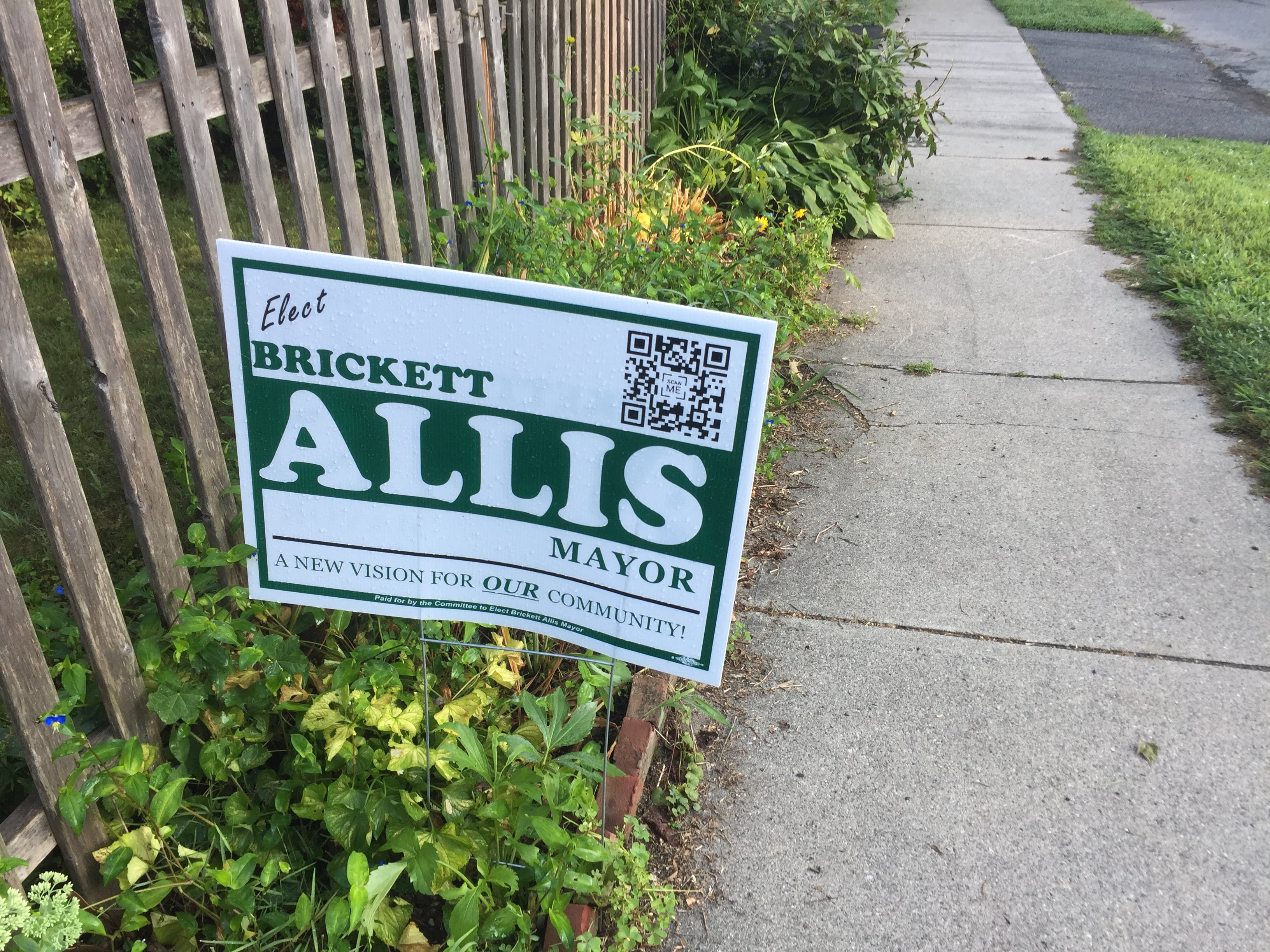 Campaign Signs Cause a Stir Among “Our Community; QR Code Holds Key

Campaign season is in full swing as signs have sprouted in lawns around Greenfield. In particular, the signs promoting mayoral candidate Brickett Allis caused a bit of a stir; The one-word sticking point for many residents is the emphasis on the word “our” before community. “Our” is underlined and in italics, prompting some residents to wonder about the intent behind the emphasis.  Some voters question the formatting stating that it implies that not everyone in Greenfield is a part of the community Mr. Allis seeks to represent, that some people here are part of the community and some are not.

“I think the signs intend to bring us together and mean everyone is part of our community,” said Chad Brodeur an Allis supporter whose Chapman St. house sported two signs.

Other residents interviewed had an opposing viewpoint.

“I find the signs really alienating. The emphasis on “OUR” really made me question his intent and that question was confirmed when I scanned the QR code and it told me I wasn’t part of “OUR” community. I have lived here five years and love Greenfield” said Sora Westover, Riddell St. resident.

Many of the voters interviewed were unaware that the QR code embedded in the upper right corner provides an immediate analysis of whether or not you are part of Allis’ “OUR Community.”

The QR code, when scanned, transports residents to a website that uses an algorithm which scans social media accounts, groups, census records, and voter rolls to categorize residents into community members and non-members.

Again, while some voters felt it would be a useful tool, others felt it was divisive. It remains to be seen whether the signs and the QR Code will support his campaign for mayor and whether it will unite or divide the community. Candidate Allis could not be reached for comment.