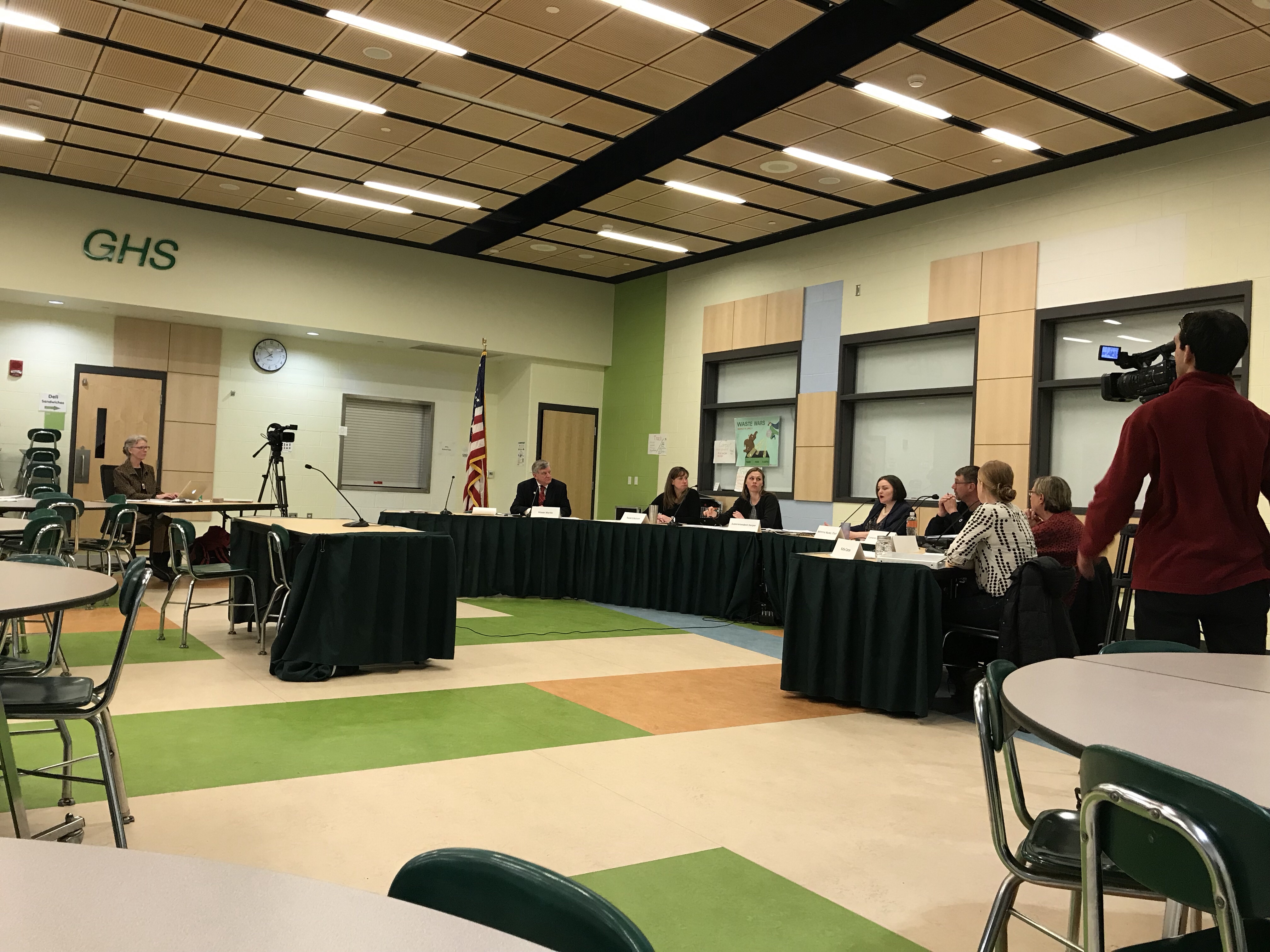 The Greenfield School Committee held its regularly monthly meeting this past Wednesday night (April 11). You can find my live updates of the meeting here and here. GCTV should have the recorded video of the meeting available online sometime in the next 2-3 days.

I think it’s worth taking a moment to step back and consider what we learned from this meeting.

While there were a number of items on last night’s agenda, the two primary pieces of context going into the meeting were:

These two points served to set up a budget-related conflict around the issue of police presence in schools, already a sensitive topic on its own. To sow further confusion around the discussion, the Chief’s proposal had largely bypassed the School Committee up to this point, apparently on the assumption by the Chief and the Mayor that expansion of the SRO program was a matter limited solely by budget and could proceed entirely at the Police Department’s discretion.

The SRO expansion proposal had been discussed ahead of Wednesday’s meeting by the Health, Safety, & Facilities Subcommittee and this group had sent a list of questions to Chief Haigh. He answered most of them Wednesday night, at times seeming to bristle at suggestions that the proposal was in response to school shootings around the country. He also disputed studies showing that increased police presence in schools does not reduce violent incidents.

There was an extended back-and-forth between the members of the School Committee regarding the Memorandum of Understanding that governs the current SRO program.

The conclusions that Committee came to were that while the Mayor can allocate money in his budget for more SROs, the decision about expansion of the program lies with the School Committee. Further, Superintendent Jordana Harper pointed out that the MOU would need to be modified to permit expansion of the program, and that such a modification would require the consent of the School Committee. The Committee voted to send the MOU back to the HS&F Subcommittee for further considering, including gathering input from GPS staff and students, as well as members of the public.

As I mentioned earlier, the SRO program was not the only item on the agenda. There was discussion of the Superintendent’s evaluation, which may be getting delayed yet again, as well as the ongoing interview process for the open Business Manager and Curriculum Coordinator positions.

Additionally, it sounds like the Budget Subcommittee will be revisiting the School budget now that the Mayor’s proposed budget has come out, and the Health, Safety, & Facilities Subcommittee is working closely with the Police Department and the town engineer to identify potential solutions for the traffic headaches at Four Corners.

In the course of drafting this summary post, I see that GCTV has released their recording of Wednesday night’s meeting. I hope to get the annotated version of that posted sometime in the next day or two.