The house is filling up here in the Greenfield High School auditorium… things should be kicking off shortly. 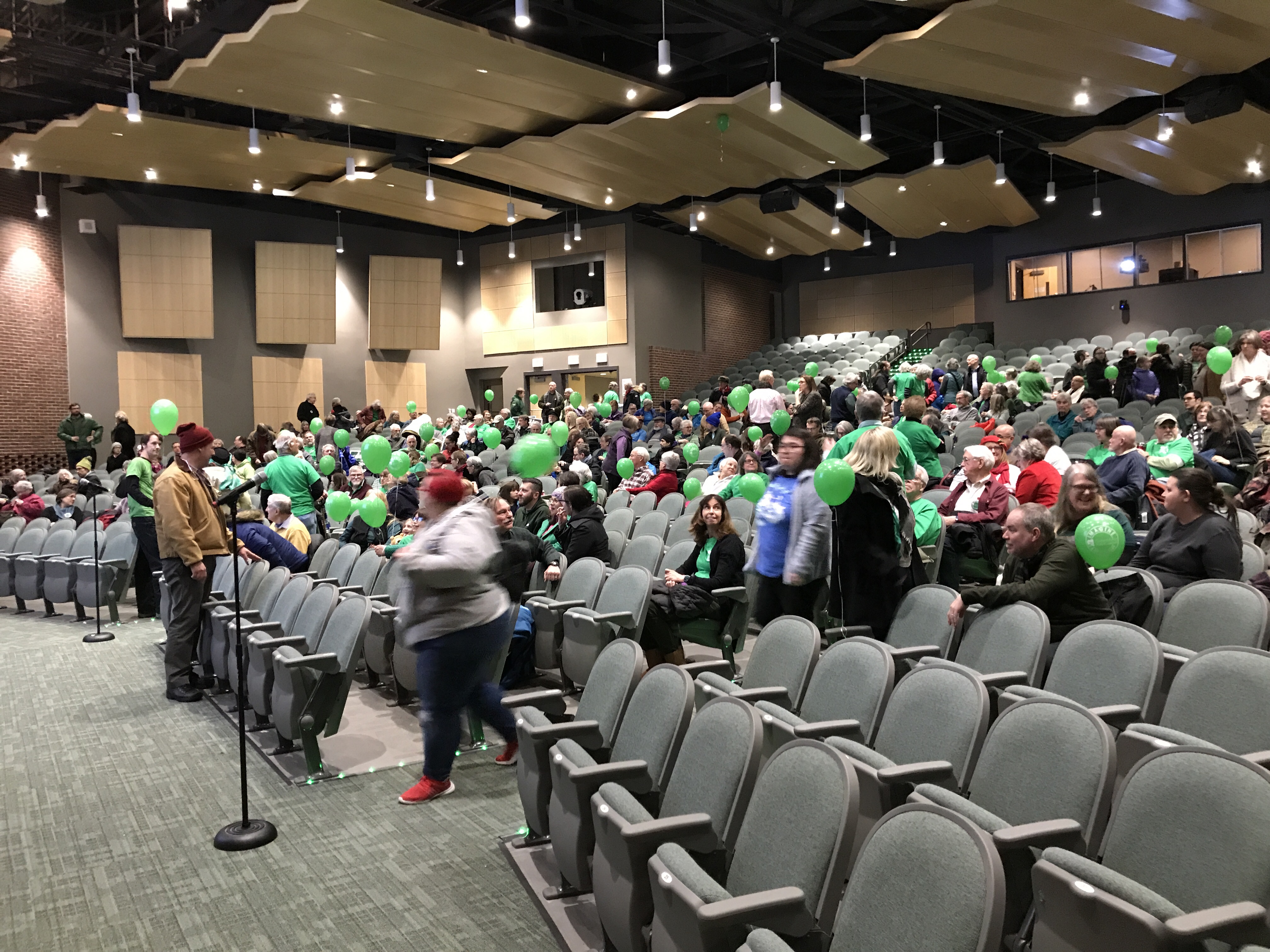 7:15 PM – A bit of a late start, but getting under way now… some introductory remarks from the Library Board of Trustees.

7:18 PM – A laundry list of thank-you from the project manager for the new library proposal.

7:19 PM – With the exception of Council President Renaud (who is out of town), the entire City Council is here. Also, there are 1348 signatures on the petition in support of the new library, at least 100 signatures from every precinct.

Some history… This project began in 2012, with the search for a new library director; looking specifically for someone who had experience building a new library. Came before the Council in 2013, got 11-12 positive votes; applied for the grant in 2014 and received a grant for $50k. Council voted to receive the grant. Advisory council met twice a month for 18 consecutive months, looked at lots of other libraries, conducted community surveys and public forum. Building committee formed in 2015, and the Library Trustees hired a fundraising consultant to do a feasibility study; foundation formed at that point has raised $300k to date.

7:27 PM – Community feedback was that the new library should be downtown. Architectural studies estimated that renovating the existing library would cost more than building a new one.

7:31 PM – The bond that the Council needs to vote on is $19.5 million. Subtract $9.4 million that will be coming from the state’s grant. Cost could be further reduced via foundation’s fundraising and by selling the existing building (there is apparently a business in town that is interested in buying the building and keeping it as-is). First bond payment for the new library would come due in 2025. Grants will not be awarded again until the next 33 projects on the list are funded, which is estimated to be in 2027.

7:34 PM – Estimates for upgrading the current building are in the $7-8 million range; this work would have to be done for (among other things) ADA compliance, structural concerns, and limited program space. 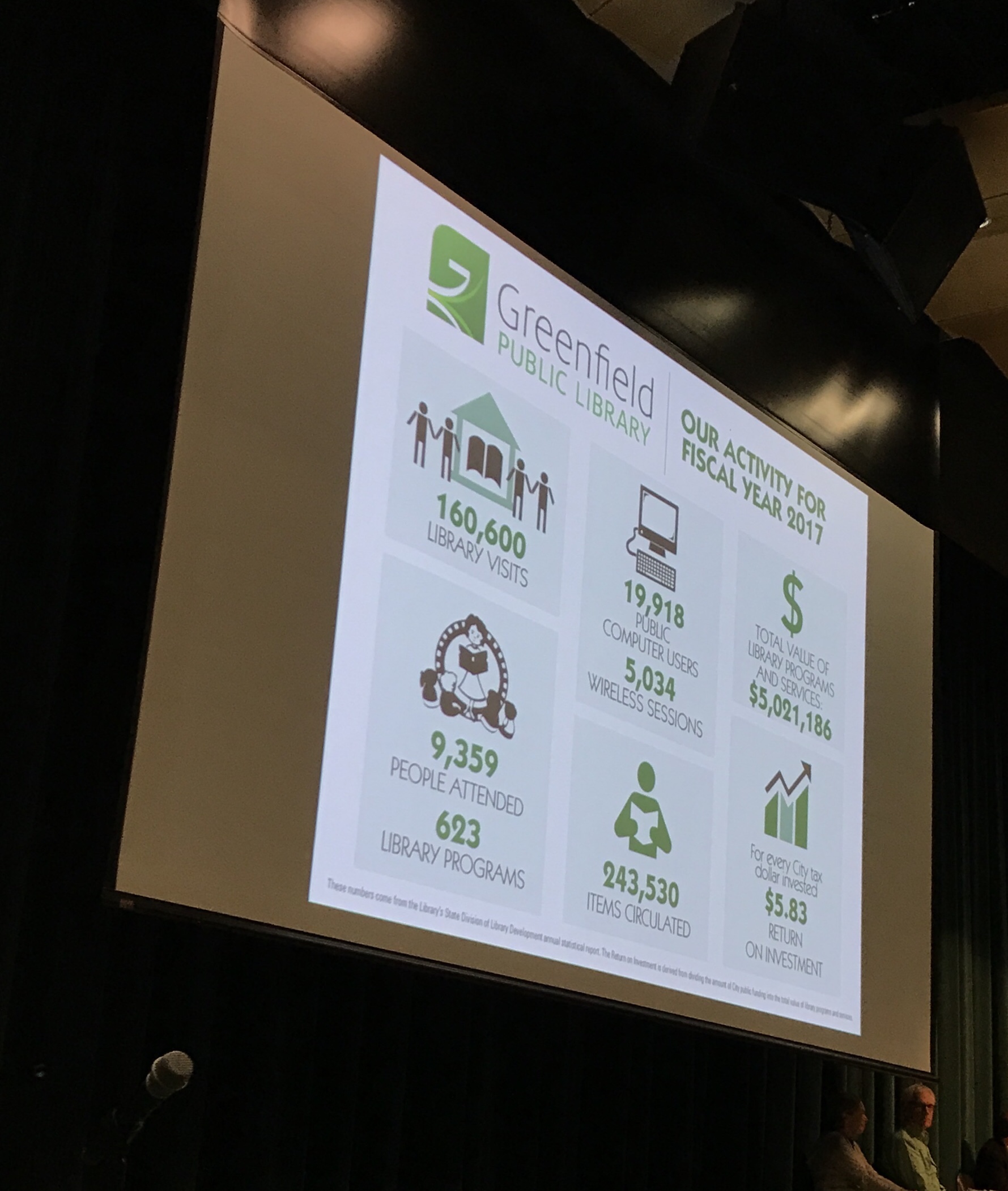 7:46 PM – The designer of the new library is now talking through the site plan. The yellow blob is the current library, the white blog to the right would be the library:

Basically, the new library would sit where the parking lot is now.

Now going over the interior layout as it is currently designed. I’m not able to get a decent picture of these slides. Most of the book collection looks to be on the second floor, with lots of meeting, gathering, and workspace.

7:57 PM – The City Council will not be able to amend the amount of the authorization. No tax impact to the city in 2019 or 2020, minimal impact in 2021 (due to how the payouts from state grant are staggered). 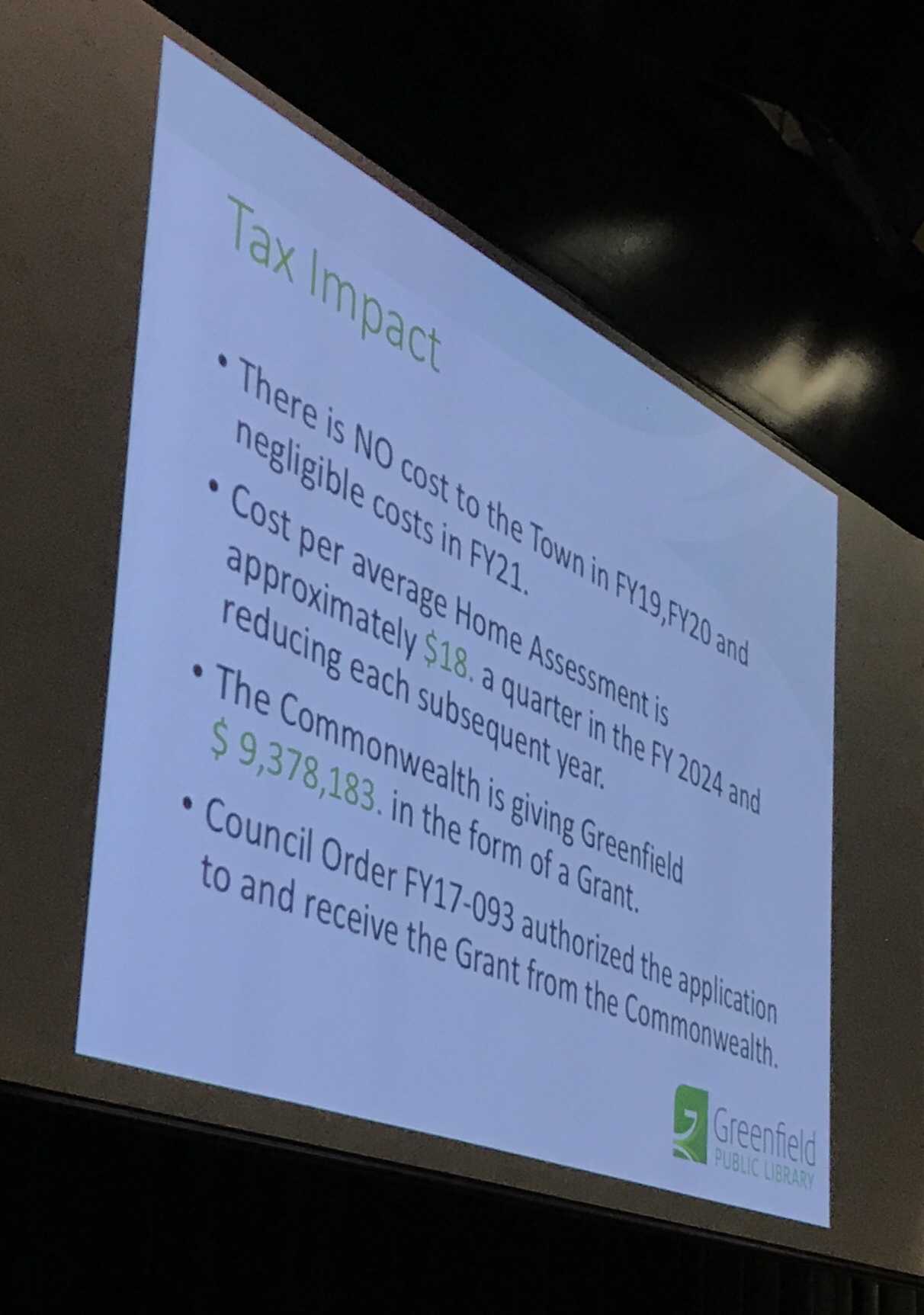 8:01 PM – 75% of respondents to Sienna College survey support building a new library, 68% even if it means their taxes go up. Large percentage of respondents support the library in general.

8:05 PM – Now going through some questions posed by City Councilors:

8:17 PM – Public comment is starting now. Trustees are offering the City Councilors the opportunity to question/comment first. Town Council member Mayo asks if presentation will be available before next Thursday’s Council meeting (yes); Town Council VP Ricketts thanks the community for all the comments and feedback; Town Council member Sund says everyone needs to have an open mind, says lots of people are encouraging him to vote yes and to vote no, asks that people be willing to donate money to lessen the burden on the town. 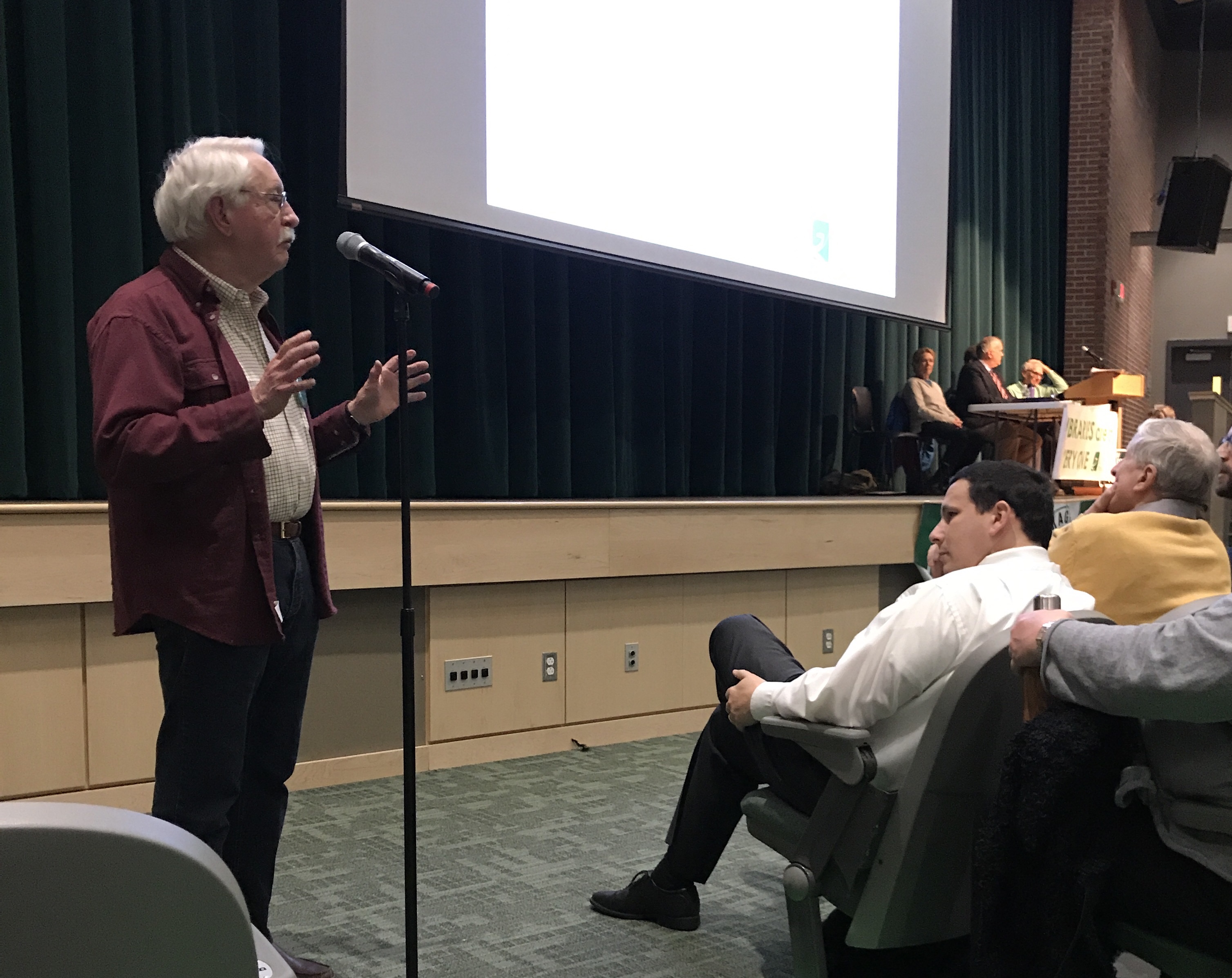 8:27 PM – This is gonna be a LOOOONNNGGG public comment session.

8:34 PM – Something of a parade of former Council Presidents and members speaking in support of the new library proposal.

8:52 PM – Question about whether there are plans for the new library to have gender-neutral bathrooms. Answer: Can definitely be done on the second floor where the bathrooms have individual stalls; likely possible on the first floor as well, but needs to be looked at more closely due to plumbing code.

9:11 PM – I have lost track of the number of comments at this point, but there has not yet been a single person speaking in opposition to the new library.

9:25 PM – First commenter questioning the need for a new library; points out that while updating the existing building may cost $7-8 million, but that is still $3 million less than the new building, which could be better spent elsewhere—job creation, addiction/recovery, etc.

9:35 PM – Town Council member Mass now has questions for the Trustees about the city’s debt chart, increased operating costs. These questions would seem to be better addressed to the Finance Department.

9:42 PM – Alright, folks—that’s a wrap. Public comments are done, and this meeting is ending.